Want to Raise Successful Kids? 93 Percent of Successful Entrepreneurs Say This Is the Key

Parents want the best for our kids. Near the top of the list? Financial security and freedom.

Since research shows that the only way to accumulate great wealth in America is through entrepreneurship, I asked a huge group of successful entrepreneurs to tell me about their childhoods. Could they point to an experience, or a habit, that they felt was responsible for the way they turned out as adults?

In the end, 118 entrepreneurs responded to my call, producing comments that ran about 30,000 words in total. As I studied what they had to say, I realized that the vast majority of them–110 of the 118 (93 percent)–were describing different variations of the same childhood experience.

Short version? They all said some version of this: “I started young.”

(As a new father myself, I’ve spent a lot of time over the last year exploring these kinds of questions. I chronicle it all in my updated free e-book, How to Raise Successful Kids, now in its third edition.)

Of course, it’s not quite that simple. They had different childhoods, different details. They might not even have recognized the similarities for themselves–a little too close to the trees, perhaps, to be able to see the forest.

Additionally, I wanted to take things a step further, and figure out not only that they had started young–but what it was that motivated them to do so?

Also, was there anything that parents could do to spark this entrepreneurial bent?

As we go through a few of their replies below, you’ll recognize some of the names–or at least you’ll know their companies. Others are more under-the-radar, like the so-called “millionaire next door.”

You’ll also see that they fell into four main categories of experiences. I think the last of these categories is the most important for parents, for reasons we’ll explore below. The categories are: 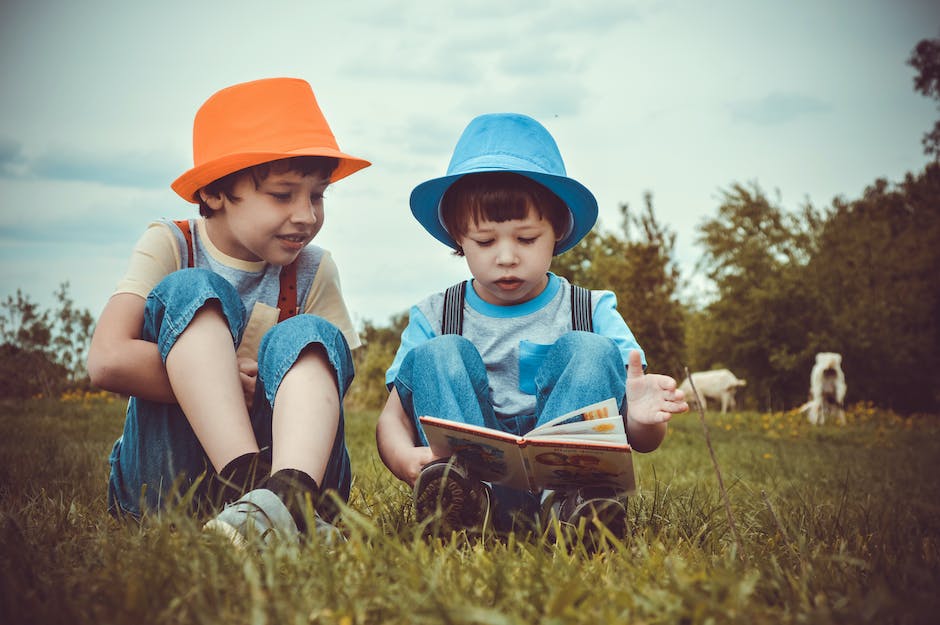 I was truly struck by the way these comments came in, and how the patterns developed. Obviously this isn’t a scientific study, but when you as a group of people a question and then hear the same answer more than 100 times, it’s powerful. Since I want you to have a similar experience, I’ll share brief snippets of what some of these entrepreneurs had to say as we explore their backgrounds.

Read their stories, absorb them, and see if you agree: The best way to give your kids a shot at financial security and freedom? Get them started young as entrepreneurs.

1. Entrepreneurs who learned through personal observations.

The first category of responding entrepreneurs said they were motivated because they watched other people–usually, but not always their parents–who were entrepreneurs and small business people. At least in the stories they shared with me, they learned by observing, rather than by doing.

Again, it’s hard to hear these stories over and over without recognizing the pattern:

“[My biggest influence] was realizing the tradeoff my parents made in immigrating to the United States. While neither of them pursued a career in entrepreneurship per se, the risk/reward profile they took was seared in my
brain.”
—San Yanan, CEO of ShopRunner, former cofounder of OKCupid and SparkNotes, among others.

“My parents were both entrepreneurs. My dad always told me that it doesn’t matter who signs your checks: you work for yourself. And as I started my career, I developed that mindset: I knew I was going to work for myself.”
–Mark Josephson, CEO of Bitly, a link management platform that processes 400 million links a month for over 800,000 monthly active users.

“Growing up I saw Wayne Huizenga take one garbage truck and turn it into the largest waste company in the country and then create the Blockbuster brand from a few stores. As young as fourth grade I thought, If he can do it why can’t I?”
–Victor Ciardelli, founder and CEO of Guaranteed Rate the eighth-largest retail mortgage lender in U.S.

“My father started his janitorial cleaning company when I was in the 3rd grade. … I learned hard work from an early age but also observed the flexibility [that] being an entrepreneur gave my dad.”

The second category? Kids who actually started businesses on their own. 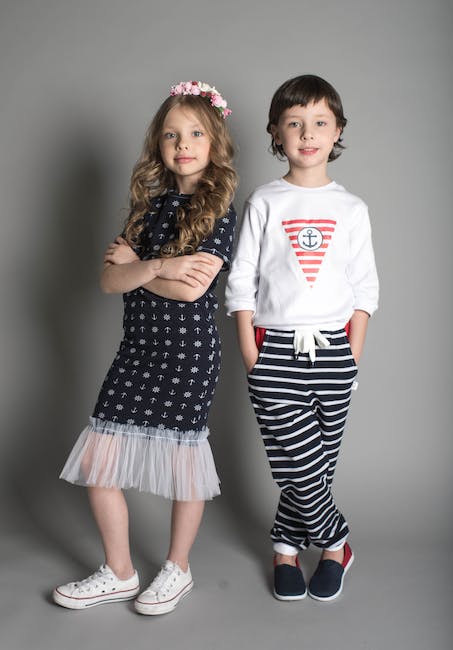 But it’s telling to me that as they described things, they sort of “just did it.”

Here are some of the most compelling examples. When you read these kinds of stories, you get the picture of kids who simply learned to hustle, and to create value where none existed before:

“In elementary school (age 9 or 10), I sent out flyers: taking trash cans in, getting groceries, watering plants, etc. I then hired out older kids to do the work and charged a 50 percent booking fee…. kind of highway robbery now that I think about it! I ended up making between $ 50 to $ 200 a day, which was insane!”
–Chef Daniel Shemtob, co-founder and executive chef at TLT Food, a fast-casual restaurant chain with $ 10 million in annual revenue.

“In high school, I had a car detailing business where I would pick up executives’ cars when they were at work and detail their cars 2-3 times a week. I made upwards of $ 30,000 over the summer.”

“When I was 16, I built an iPhone flashlight app that (secretly) enabled the personal hotspot feature. Apple pulled it from sale [but not before it] grossed over $ 30,000 in two hours.”

–Nick Lee, 23, partner and CTO of Tendigi, which “specializes in mobile application design and development” with clients like Nickelodeon, Comedy Central, and others.

“When I was 10 or 11, I sought out opportunities to earn my own spending money, from mowing lawns to re-selling golf balls I fished out of ponds at the local golf course.”

“When I was 15, I started clipping coupons to help my family pay for groceries. From there, I searched for nontraditional methods of saving and earning money to help pay for rising tuition bills, car payments and rent — all while never having to answer to a boss.”

3. Entrepreneurs who said they learned out of necessity.

The third category involves kids who, because of financial circumstances, or in some case tragedy, had no choice but to become financially self-sufficient at an early age.

In some cases, they started out working as many of us do — making a salary, working for someone else. But as they grew older and developed their careers, they became true entrepreneurs.

“I grew up on welfare … raised by a strong, no-nonsense single mother. … I got my first job at age 11 washing dishes at a restaurant. Eventually, I dropped out of high school so that I could work full-time to bring in money for my mother and brothers, working several other jobs.”

“Because I came from a country, Lebanon, that was filled with war and with social unrest, it shaped me to become an entrepreneur. … I noticed when I was growing up that food is always needed, in the days of peace as much as in days of war. That’s why I went into food.”

–Robert Atallah, founder and CEO of CedarLane, which employs 700 people and creates fresh and frozen meals for distribution in supermarkets nationwide.

“My parents were immigrants from Vietnam and did their best to give me a wonderful childhood, but money was always tight. During my senior year of high school, my father lost his job … That fear of not having stayed with me.”

“The moment I learned to do basic math, my father taught me to run an illegal lottery system for the Asian community in our small town. My parents were Laotian refugees … put on disability and … not allowed to work. … I was child #15 out of 16 kids, we all learned to hustle and make money.”

Arguably, this is the most important category from parent’s point of view. If you’re not an entrepreneur in your own right (so your kids can’t learn from watching your entrepreneurial example), and your children don’t seem to have that self-motivating entrepreneurial gene, what can you do to spark it?

How To Live Your Life On Purpose As A Entrepreneur 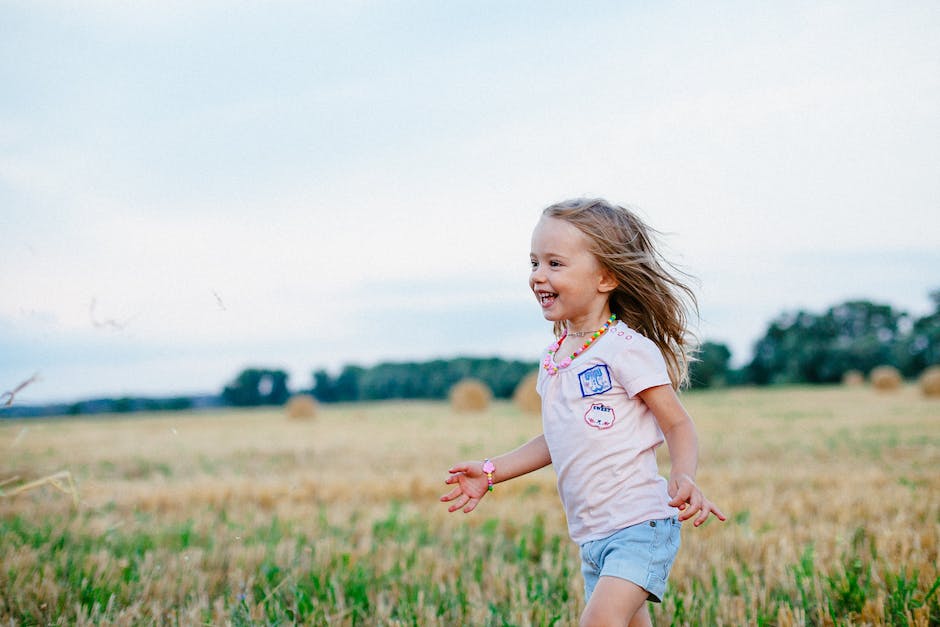 The entrepreneurs in this category talked about how their parents manufactured necessity–simply by not agreeing to buy everything they wanted.

Many parents follow this path already, of course, because we don’t want our kids to turn out entitled. However the difference here is that instead of encouraging their kids to “get a job” (or trade their time for money, as most wage-earners do), they instead encouraged them to become entrepreneurs.

“I was an Army brat. My best friend and I … imported candy from the U.S., ate as much as we wanted, and sold the rest . We were turning $ 50 a day during lunch breaks. Unfortunately, [we] ran into regulatory trouble with the assistant principal.”

“When I was 5, my mom … challenged me to make something I could sell using only what I found on the beach. I made mud balls–literally just wet sand. I sold them for $ 1 each to parents …who probably just felt sorry for me. I made $ 20 in one day.”

–Oliver Greenwald, 15, cofounder of The Drip Drop LLC (at 14, Greenwald was the youngest and first entrepreneur to appear unaccompanied by a parent on Shark Tank, and walked away with a $ 50,000 investment).

“In middle school, I was sincerely in love with NSYNC. … A friend and I invested our birthday money in Costco candy and snacks and sold it at school until we’d saved enough to buy tickets to the very back row at the Pond Theater in Anaheim, CA. It was money very well spent.”

–Gene Caballero, cofounder of GreenPal, a sort of “Uber for lawn care,” which does $ 3 million a year in revenue.

“[In] high school, I started buying and selling comic books and within six months was making $ 500 a month. Escalated to Penthouse and Playboy in my final year [and] paid for a $ 10,000 new car.”

–Keith Paulin, the CEO and owner of seoWorks.

Of course, of the 118 entrepreneurs who replied, 10 told stories that didn’t really have much to do with becoming entrepreneurs or working at a young age. For example, several talked about achieving in other areas, such as athletics, arts, and community service.

Personally, I didn’t start my first company until I was a 26-year-old law student. So, I don’t mean to argue that if your kids don’t start as entrepreneurs when they’re young, they’ll never have a shot. (In fact, I’ve written in the past about people who found “crazy success” much later in life than average.)

Still, it’s hard to ignore when you ask a question and get 100 or more replies that all say basically the same thing. Like anything in life, the most important step to getting finished is to make sure you get started.

(A note to all the entrepreneurs who replied to my request: Thanks to all of you for such thoughtful comments. I regret that I could only include a fraction of your replies, but I assure you I read and appreciated everything you wrote.)

Is Time Management Software in the Workplace Worth the Cost?